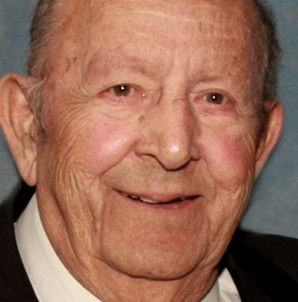 Richard A. Ganim was born in Cleveland, Ohio in 1926, the second youngest of twelve children. His parents immigrated to this country from Lebanon in the early 1900’s. Growing up, they were always proud of their heritage and along with other immigrant families formed Saint Maron Maronite Catholic Church, which to this day, still worships on Carnegie Avenue.

He proudly served our country during World War II in the Army Airborne Division. Along with two of his brothers, they returned following the war to own and manage the operations of Ganim Brothers, a gas station, tire and body shop, and towing company.

Later, in the 1960’s along with his commitment to the family business, he also became involved in local politics. As a resident of Seven Hills, Ohio, he served two terms as a city councilman, two years as the City Finance Director, and two terms as the Mayor of Seven Hills.

In 1985, he and his wife moved to the beautiful state of Florida and established another family owned business with our son and son-in-law. This company, called Superior Aqua Enterprises is still in operation in Sarasota, Florida.

Richard has been involved in many organizations such as President and treasurer of our church council and President of our Holy Name Society, along with many charitable foundations such as the Brian Muha Foundation, named after his dear grandson.

As an original founder of CAMEO, the Cleveland American Middle East Organization, “I am proud to say I watched this organization grow to over 350 members during my leadership.”

Richard says “My focus has always been through my faith in God, to work with local, state, and federal authorities to find ways to better my community and those around me.

Richard and his wife Betty have been married for sixty four years. They have five children, 16 grandchildren and 8 great-grandchildren.