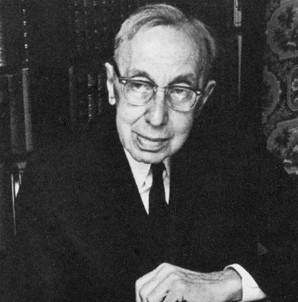 Weidenthal was a founder of the Cleveland Chapter of the National Conference of Christians & Jews. Cleveland was one of the first US cities to have a chapter because of his efforts.

Bud Weidenthal recalls that he was dubbed “Leo the Lion of Willowdale” for his journalistic tenacity. When he got on to a story or a cause, he never let go. Among them was the Shakespeare Cultural Garden which he inspired in 1916, and the Cleveland Cultural Gardens which came eleven years later.

When he retired as a reporter in 1917 to become editor of the Jewish Independent, Cleveland City Council unanimously voted to name a street in his honor. They called it Willowdale Ave. (the loose English translation of Weidenthal)

Leo Weidenthal celebrated his birthday each year with William Shakespeare, and built and catalogued a Shakespeare collection which now resides in the Cleveland Public Library in his honor. As a reporter in 1916 he goaded the city leaders into creating the Shakespeare gardens in honor of 300th anniversary of the death of the Bard.

During the dedication of the Shakespeare Garden in Rockefeller Park in 1916, Weidenthal said that similar sites should be prepared for each of the city’s nationality communities. In 1926 the organization became the Cultural Garden League, and a Hebrew garden was established. On May 9, 1927 the city set aside areas of Rockefeller Park for future gardens.

In 1962 Louis Seltzer, editor of the Cleveland Press, wrote a column dedicated to him. “You, Leo, are a great citizen of your home city, and in your lifetime have helped as much or more than any other in your generation to keep it great.”