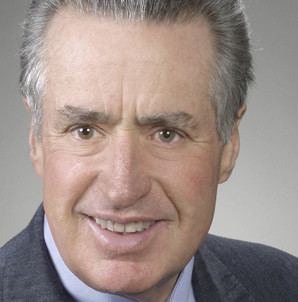 He has engaged in the private practice of law in Northeastern Ohio since 1963. The primary focus of practice is providing legal services in connection with the development, ownership, operation and management of industrial, commercial and residential properties and the financing thereof. As part of his practice, both on a fee basis and on a pro bono basis, Tom has organized many non-profit organizations and foundations, and have served on many Boards of Trustees and provided legal advice to such boards in connection with the operation of their activities, social purposes and responsibilities.

Scanlon has numerous Professional Affiliations and has received many honors such as Leading Business Lawyers, 2005 to present, the Irish American Archives Society Walks of Life Award in 2004, Cleveland-Marshall College of Law Alumni Association – Alumnus of the Year, 2007 and one of “100 Leading Irish-American Lawyers,” 2009.

Whether it’s the Irish Cultural Garden, the Mayo Ball, the Northern Ohio Rose of Tralee or even his firm’s annual St. Patrick’s Day Party (35th annual in 2014), Tom Scanlon plays an active role in many of the key activities of Cleveland’s Irish community.