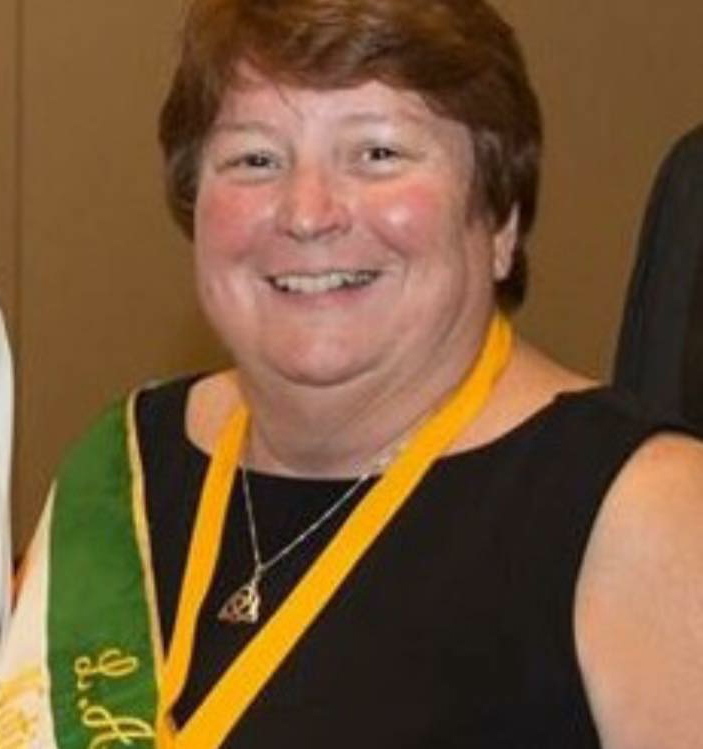 Marilyn Madigan is the daughter of the late Jack and Catherine Finn Madigan. She is a lifelong resident of the West Park area of Cleveland. She attended St. Patrick West Park Grade School and is an Alumni of St. Joseph Academy.

She is a Parishioner of St. Patrick West Park. As a youth, she was a participate and a coach in the Parish’s  Catholic Youth Organization. She recently became more active when the Parish was in danger of closing and during the closure. Marilyn’s most celebrated accomplishment has been the successful Hierarchical Recourse to the Congregation of the Clergy-Marilyn Madigan et.al for the Parish of St Patrick-West Park.  After the Parish was reopened, she served as Parish Council President, Eucharistic Minister, and Collection Counter.

In her professional career, Marilyn received a Bachelor of Science in Nursing from St. John College. She started her career in the Pediatric Intensive Care Unit of Rainbow Babies and Children’s Hospital. Her career continued for 38 years as an Advanced Clinical Nurse in the Department of Operative Services. She retired in 2018 after 41 years of service at University Hospital Cleveland Medical Center.

Her involvement with the Irish Community started in 1969 when she started marching with the Ladies Drill Team of the West Side Irish American Club in the St. Patrick’s Day Parade. Her love of sports was enhanced by her participation in the Irish sport of Camogie. She was a player and President of the Emerald Camogie Team and served as the Registrar of the North American Camogie Board in the early 1980’s.

Marilyn continues to be an active member of Cleveland’s Irish Community with memberships in Cleveland Comhaltas,Gaelic Society, Irish American Club East Side, Irish Northern Aid, Ladies Ancient Order of Hibernians, United Irish Societies, and the West Side Irish American Club. She was a member of the Irish Music Academy of Cleveland, Cleveland Feis and a dancer with the O’Leary Manning School of Irish Dance. Marilyn has served in many leadership positions: Board Member, Vice-President of the Irish Music Academy,  Board Trustee of the West Side Irish American Club and Co Chair of the Ohio Irish Festival.

She has volunteered for many years at the Cleveland Irish Cultural Festival and with the Irish American Archives Society at the Annual Walks of Life event.  She is currently a columnist with the Ohio Irish News, a Deputy Director of the United Irish Societies, Treasurer of Cleveland Comhaltas and the National Secretary of the Ladies Ancient Order of Hibernians.

The organization that Marilyn is most active with is the Ladies Ancient Order of Hibernians. She has been a member for 40 years serving  in many offices including Division, County and State President. She was a founding member of the Ohio State Degree Team, and has served as Treasurer and Guardian.  In 1988 when Cleveland hosted the National Convention, Marilyn served on the local committee. Marilyn served as National Fundraiser 2012-2014, National Irish Historian 2014-2016, National Treasurer 2016-2018 and is the current National Secretary.

She was very proud and honored to be serving as National Irish Historian during the Centennial of the Easter Rising. Marilyn has been very diligent and enthusiastic in promoting the Women of 1916 in the cause of Irish Freedom speaking in Maryland, Michigan, Missouri, New York and Ohio.

One of Marilyn’s heroes is President John F. Kennedy, and to paraphrase Marilyn will ask “Ask not what the Hibernians or your Community can do for you- Ask what Marilyn Madigan can do for the Hibernians and your  Community”.  Marilyn has shown her dedication as a hard worker and good communicator. She  is a credit to the important work that the Irish Community does and has been recognized for her contributions.

In 1994, the  United Irish  Societies honored her by being named Co Chair of the St. Patrick’s Day Parade. The Boland Berry Division of the Ancient Order of Hibernians selected her as the 2002 Hibernian of the Year. She is very honored and humbled to being named to the Cleveland International Hall of Fame.