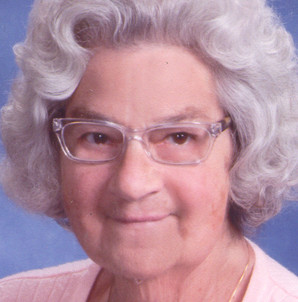 Margaret was born on July 28, 1932 in Cleveland to Scottish Emigrant parents from Glasgow, Scotland. She graduated from Shaw High School in 1950 as a member of the National Honor Society.

Margaret began Highland Dancing at the age of 5 and began competing at the age of 12. She was inspired to dance by her father, Bob Callander, who was a bagpiper and Pipe Major of a band. After a successful competition career she began to teach Highland Dancing in 1950. She received her teacher’s Certificate in 1951 from the British Association of teacher’s of Dancing (BATD), a worldwide association.

Shortly thereafter she became an Adjudicator of the Scottish Official Board of Highland Dancing Panel, which is also worldwide. Margaret is a life member of the BATD as well as the Federation of the United States Teachers and Adjudicators (FUSTA). She is a member of the FUSTA Hall of Fame.

Some of Margaret’s students, as well as Margaret herself, were very successful in 1955 at the Edinburgh Festival in Scotland. Many of her students have won numerous awards in the United States, Canada and Scotland. Her students were very active in the Cleveland area, and the State of Ohio in such activities as the Cleveland Press Folk Festival, which was an annual event.

Under her tutelage they performed numerous times at the Ohio State Fair representing their Scottish Heritage as the official dancers of the Cleveland Kiltie Band. She also led the dancers to a performance at the Inauguration of Governor Voinovich in 1991.

Margaret’s Balmoral Highland Dancers performed at many local and civic events, including shows and demonstrations at nursing homes, schools and weddings. In addition, Margaret spent 30 years teaching Scottish Country Dancing, which is the historic forerunner of American folk dancing.

Margaret still serves as co-chair of the Ohio Scottish Highland Dancing Competition. In 1978 the weeklong Ohio Scottish Arts School, consisting of Pipes, Drums, Fiddle, Harp and Highland Dancing was held for the first time with attendees from all over the U.S. and Canada. The School offers the opportunity to study under international teachers with whom they would never otherwise had the privilege.

Margaret still serves as the Coordinator of Staff and Classes for Highland Dancing at the Ohio Scottish Arts School. The combination of the Games and the School are known as the Scottish-American Cultural Society of Ohio.

Margaret served as the National President of the Association of Scottish Games and Festivals for three years. She has been inducted into the Hall of Fame of the Scottish Heritage Association of Northeast Ohio. The British Association of Teachers of Dancing honors Margaret each year by having a trophy presented in her name.

In 2009 Margaret was named Woman of the Year at the Historic First Presbyterian Church of East Cleveland, where she was a member for 63 years.

Margaret’s life has focused on young people and adults, attempting to impress upon them the importance of doing their very best at all times, teaching them how to win and lose graciously. She has loyal following, spanning generations. She maintains contact with many of her former students and is held in high regard for her influential role in the development of the children she has taught. She encouraged her students to live their lives helping others.

Margaret had high expectations for her students and taught them to put forth their very best in their lessons, their shows and their lives.