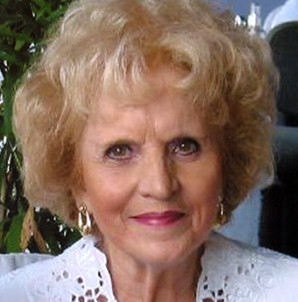 Irene Morrow is married to Edward and has six children (Jeffrey, Patrick (deceased), Martin, Roberta, Lorraine and Christine) and six grandchildren (Matthew, Ryan, Nathan, Michaela, Aaron and Justin)
Irene has an impressive resume of twenty-five years of public service. She served as Deputy Auditor in charge of Cuyahoga County payrolls for 8 years and was instrumental in computerizing the entire record keeping system.

For seventeen years she served as the Personnel Administrator and Secretary of the Civil Service Commission for the City of Cleveland. As Secretary of the Civil Service Commission, her duties included testing a job force of some 10,000 individuals with over 800 separate job classifications. Once again, she helped in the computerization of systems to monitor test administration and grading.

Her 1989 retirement may have ended 25 years with the City of Cleveland, but it did not keep her home. She started a new career in food management and service applying her expertise at Golf Courses, Country Clubs and Yacht Clubs.

To this day she is not really retired. She is the assistant to the President of Elite realty.

It is Irene’s involvement in civic and ethnic events that brings her here today. In 1975 she was elected Executive Secretary of the Association of Polish Women. She has been a member of the Republican Executive Committee since 1982. Former First lady Barbara Bush honored Irene as one of 40 outstanding Ohio Woman Achievers.

The Polonia Foundation honored her as Polish Person of the Year in 1985.

The organization Irene is best known for, however, is the American Nationalities Movement where she served as Executive Secretary and Treasurer from 1975 to 1999 and as President from 1999 to date. This is a group started right here in Cleveland under the direction of then Mayor Ralph Perk. President Dwight Eisenhower first proclaimed the third week in July as “Captive Nations Week in 1959 and it has been so-proclaimed by each president since. There are 35 member countries. It is a time to honor and remember all of the people who were (and are) harmed by Communism and domination. Today there are only five recognized Communist Countries, but so many more are oppressed by their government,

Irene’s work with The American Nationalities Movement has brought the cause of the Captive Nations to the attention of thousands of people.

Of Polish heritage herself, she has also been honored by other groups, such as the United Hungarian Societies and the Vietnamese Community because she is so cognizant of all people’s suffering.

Her awards and honors are too many to mention but each one is the result of a kind heart and a genuine concern for all humanity.