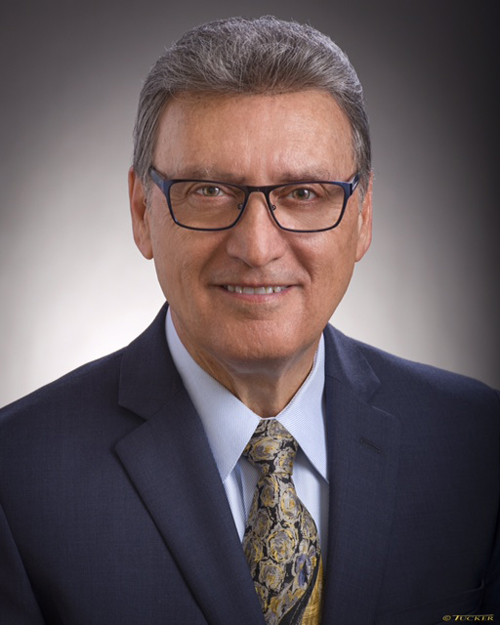 Basil M. Russo is the National President of the Order Italian Sons and Daughters of America (ISDA), having been first elected at the organizations biennial convention in Chicago in 2014.  The ISDA is one of the largest Italian American organizations in the United States.

Under Basil’s leadership the ISDA’s new website and Facebook page have, in just 18 months, developed a following of 325,000 Italian Americans who look to the ISDA to remain connected to their heritage.  The ISDA’s insurance and annuity company has also grown to be the largest Italian American fraternal insurance company in the U.S. with assets of over 100 million dollars.  Basil has also initiated a new 32 page monthly newspaper, La Nostra Voce, to keep the ISDA’s membership educated and informed.

Due to his success in reenergizing the ISDA, Basil was offered a seat on the Board of Directors of the National Italian American Foundation (NIAF), in Washington, D. C.  NIAF serves as the national spokesperson for the 18 million Americans of Italian descent, with both the United States government and the government of Italy.  Basil was also recently elected to the position of Vice Chair of the National Conference of Presidents of Major Italian American Organizations, which unites 40 of the largest Italian America organizations in the country.

At the local level, Basil has a long history of involvement with the Italian American community.  He serves as President of the Justinian Forum, Cuyahoga County’s Italian American Bar Association, representing 300 attorneys and 29 judges of Italian American descent.  He has served as chairman of Cleveland’s Columbus Day Parade for the past twelve years.  Basil helped found, and serves, as Chairman of Cleveland’s Italian Film Festival, which has helped raise over 500 thousand dollars for the renovation of the Italian Cultural Garden in Rockefeller Park.  Basil was also a founding member and trustee of the Northeast Ohio Italian American Foundation (NOIA), which has raised over 3 million dollars for charitable purposes.  In 1995, Basil was instrumental in leading the effort to create the Bishop Anthony Pilla Italian American Studies program at John Carroll University.

As a native Clevelander, Basil ’s career has been as varied as it is impressive.  He has served as Judge on the Ohio Court of Appeals, Judge on the Cuyahoga County Court of Common Pleas, for which he received the Excellent Judicial Service Award from the Supreme Court, and Majority Leader of Cleveland City Council.  He also founded one of Cleveland’s best known law firms, Russo, Rosalina and Co., from which he retired in 2014.  Basil also served as Executive Producer of the independent film Pieces, which was written and directed by his sons, Anthony and Joseph.

Basil and his wife Patricia have served as chairpersons of the Advisory Committee to the Department of Marriage and Family Ministry of the Cleveland Catholic Diocese.  They are the proud parents of four children, Gabriella, an attorney who serves as the managing partner of Russo, Rosalina and Co., Angela, an accomplished television writer and producer, who also teaches at Case Western Reserve University, and Anthony and Joseph, who are successful directors, writers and producers of film and television.  Basil and Patricia happily spend all their free time with their twelve beautiful grandchildren.

Basil Russo’s daughter Gabriella and son-in-law Joseph Rosalina inducted Basil Russo into the Cleveland International Hall of Fame. In his acceptance speech, Basil spoke of the Italian community as well as the contributions that all immigrants have made to the US. . Click on the white arrow below to watch the video of Basil Russo’s induction. 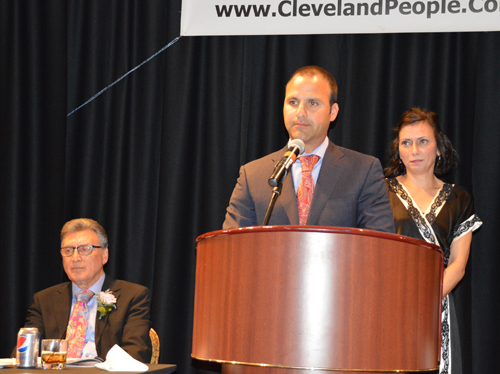 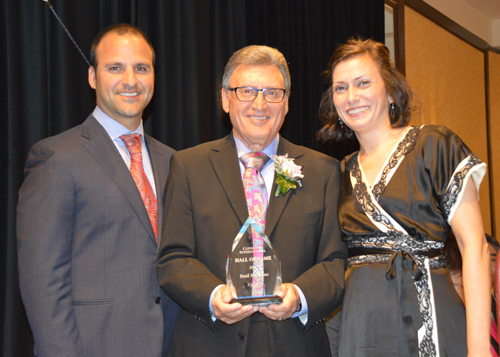 Basil Russo with daughter and son-in-law 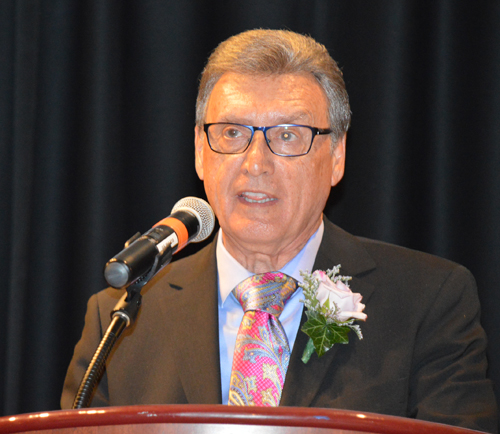 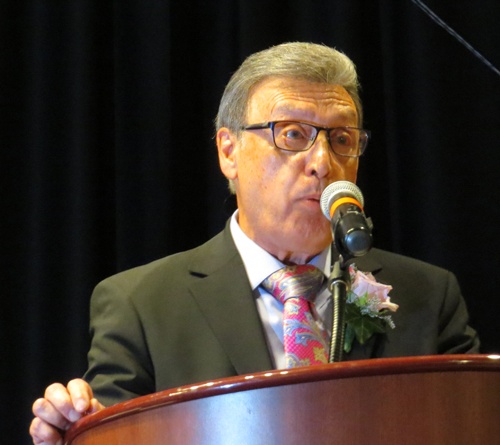 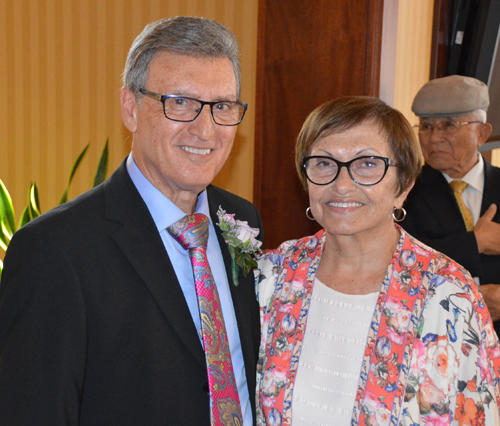