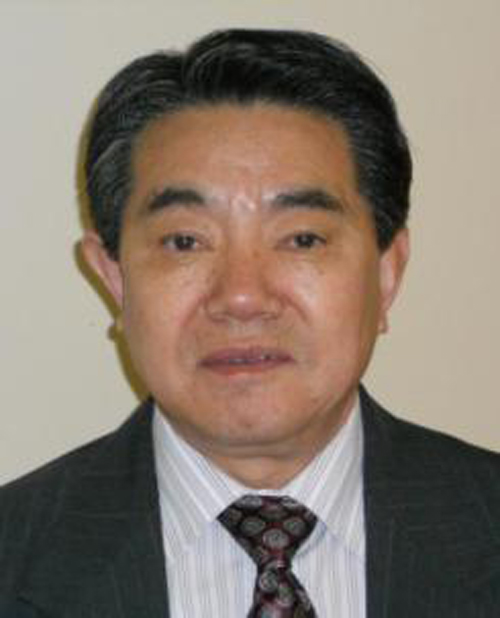 As a young man, he served in the Vietnam War in 1969 and fought for the South Korean army as a proxy for the US military.  After completing his tour of duty he returned home to marry his wife Daenam and start a family.

In the 1970’s, Mr. Kim and his family received an opportunity to immigrate to the United State to pursue the American Dream.

After residing in New Jersey for a short while, together with his wife, young son and daughter they settled in the small town of Warren, Pennsylvania.  Here he worked full time and went to school full time and in 1986 he completed his apprenticeship and became a licensed master machinist.  During this time he and his family were also able to obtain citizenship and became naturalized citizens of the United States.

In the 90s, the family relocated to Erie, Pennsylvania where his strong work ethic continued.  Mr. Kim not only worked full time for a small engineering firm but together with his wife Daenam, they operated a small shoe repair shop and restaurant as well.   Like many rust belt cities hit hard by the economy, employment became more and more difficult while industries dwindled or moved overseas.

At the start of the new millennial, Mr. Kim decided to reinvented himself and become an entrepreneur. He learned a new trade in the Dry Cleaning Industry and through hard work and prayer was able to establish a successful business in Elyria, Ohio. This subsequent move to Ohio began his journey to integrating himself into the Korean-American community as well as the Greater Cleveland community.

In 2009, Mr Kim was elected President of the Korean American Association of Greater Cleveland.  As President, he is very involved with both Korean and American veterans.  He inspired his community to sponsor multiple events honoring all veterans so they may never be forgotten for their great sacrifice.

Some of his other accomplishments include:

Sam Kim’s son Ki Kim inducted Seung (Sam) Kim into the Cleveland International Hall of Fame. At the end of his acceptance speech, Sam taught the audience a few words of Korean. Click on the white arrow below to watch the video of Sam Kim’s induction. 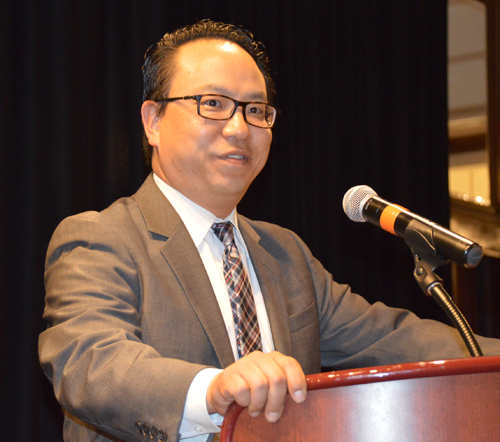 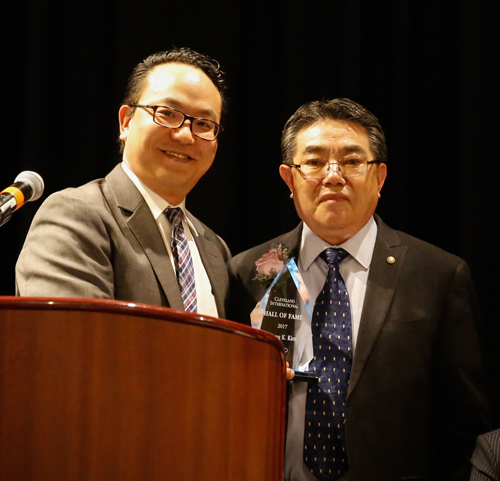 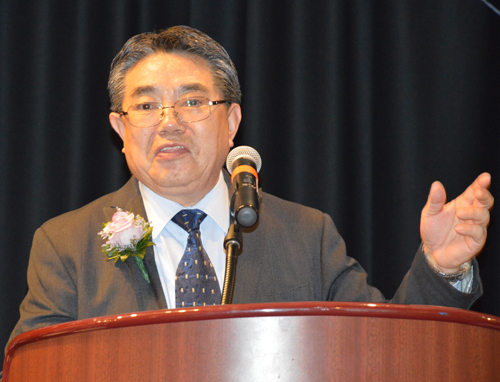 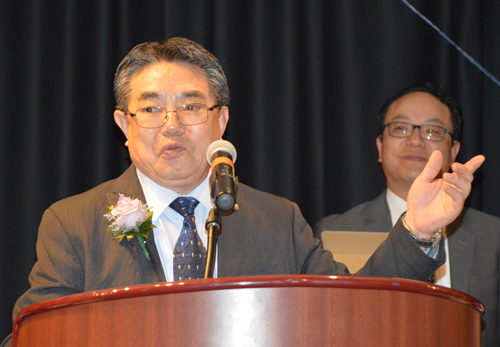 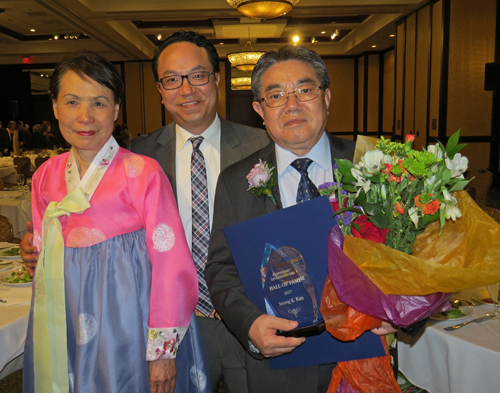