Enjoy these other images from Dr. Atul Mehta’s induction
into the Cleveland International Hall of Fame.
Scroll down to read his bio. 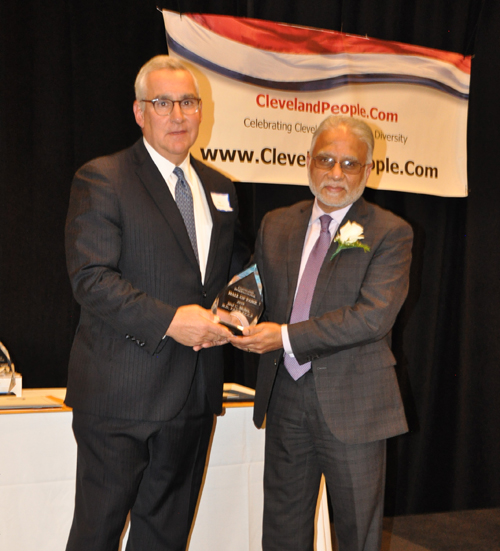 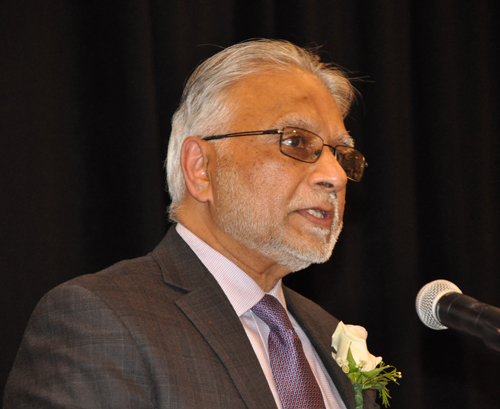 Atul C. Mehta is a world-renowned pulmonary clinician and academic authority/teacher with a strong track record of hospital administrative and medical staff leadership over a 37-year career with Cleveland Clinic in the U.S. and abroad.

He has been a  dedicated citizen and community builder for over 36 years. As a physician and as a teacher he has trained, guided and/or assisted over 200 international medical personnel to get established in their career.

Dr. Mehta has been a liaison between the international patients requiring specialized medical care and the lung transplant and tertiary medical center in the USA. He has served the Cleveland-Indian community in their medical needs during his tenure in the city. For his contributions to the community he has been awarded Healthnetwork Foundation Service Excellence Award for year 2017.

Dr. Mehta played a key role in the turnaround of Cleveland Clinic’s Abu Dhabi hospital as Chief Medical Officer, deftly managing and upgrading diverse international staff of 750 physicians and residents, raising standards and productivity, and improving care quality and safety. He established, staffed and led pioneering Interventional Pulmonology and Lung Transplantation programs in Ohio, headed International Medical Education, and sat on the Clinic’s Board of Governors.

He propelled the Clinic into the global vanguard of pulmonary treatment through first-of-their-kind surgical procedures, establishment of interventional pulmonology and one of the world’s first–and largest–lung transplantation programs. He recruited, drew and mentored talented Clinic physicians. U.S. News and World Report has for 2016-17 rated Cleveland Clinic at Number 3 in Pulmonology in the country and Dr. Mehta’s contributions played a major part in that rating. Overall Cleveland Clinic is now rated at Number 2 by U.S. News and World Report (a jump from 4 to 2). Lung transplantation programs must have contributed to that jump.

Dr. Mehta helped cement the leadership and reputation of the Clinic in pulmonary medicine through scores of publications, presentations and international professional organization leadership, including conferences abroad and organized for the clinic. He won multiple honors for teaching at the Clinic and raised over $3.7 million for Clinic programs based on reputation, clinical record, high-level relationships.

Dr. Mehta served as Director of the Center for International Medical Education (two years), oversaw $1 million budget and decision-making on international M.D. applications, financial support and coordination. He organized and ran scores of mini-symposia at and for the Clinic abroad.

As a President, Dr. Mehta played an indispensable leadership role in winning host status for Cleveland, organizing and managing the highly successful, 17th World Congress for Bronchology and Interventional Pulmonology in June 2012 – only its fourth time in the U.S. The Congress drew nearly 900 leaders in the field from 52 countries on six continents, and prominently featured the Clinic and its physicians.

He has presented lectures and courses in more than 60 countries, enhancing the Clinic’s International thought leadership status, and planned/organized numerous other major pulmonary conferences for leading international professional associations.