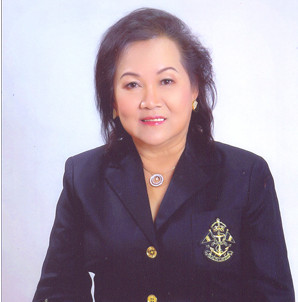 Luong Thi Gia Hoa Ryan was born in Viet Nam, the oldest of twelve children. She worked for U.S. Government as Interpreter and Secretary during the Vietnam War and supervised local workers for the U.S. Government.

She immigrated to United States in 1971.

Her vast experience includes opening and owning The Moonlight Restaurant in Lorain as well as various other food service businesses. She is currently the Manager and Director of Sai Gon Plaza.

Ms Ryan has a long history in both government work and community involvement. She served as a Board Member for the Lorain County Alcoholism and Drug Abuse. She is a Services Board Member, for the Community Relations Board of the City of Cleveland where she has served under 3 Mayors. She was appointed to this position by Cleveland City Council.

From 1975 on she worked on resettlement of Indochinese, including Vietnamese, refugees and immigrants. She worked with various Community Groups on health, educational, and social issues.

Ms. Ryan is also a teacher and lecturer on Asian Food, culture, and society. She started the Asian Women’s Support Group in early 1980’s and has been active with the Lorain International Festival, including hosting the 1995 Festival which honored Vietnam and the Vietnamese people Active with various Vietnam Veteran groups as well as Vietnamese Vietnam Veteran groups.

Gia Hoa Ryan is the founder and Executive Director of the Friendship Foundation Of American-Vietnamese which has conducted more than 20 Missions to Vietnam, sponsored over 1,000 volunteer Workers, and provided almost $15 million in funds, Supplies, medicines, medical equipment, school supplies, services, and other assistance to Vietnam.

She had the original idea for the Asian Community Project which is now Part of Bridgeway and was coordinator for the Asian Community Project at Bridgeway from 1997 to 2003. This Project provided mental health care to hundreds of Asian, Vietnamese, Laotian, and Cambodian families. The project also provided citizenship classes and English as a Second Language Classes so older people and seniors could learn English.

Ms. Ryan has hosted delegations from Vietnam to Cleveland for establishing business, educational, and cultural relationships. She was a participant in the International Law Conference in Viet Nam. She hosted 15 lawyers from Viet Nam for a month’s long professional visit to America and to Cleveland area in 2008.